7 Foods that Defend Against Dementia 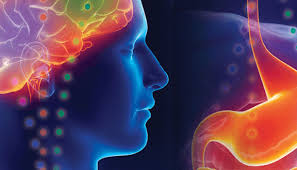 Today, Alzheimer’s Disease and all related dementia illnesses affect over 5.4 million Americans, and this number is growing rapidly.  According to the Alzheimer’s Association, by 2050 the number will grow to over 16 million. And while most affected are over 65, a condition called early Alzheimer’s also affects more and more people in their 40’s and 50’s.

The good news is that researchers are learning more about the link between what we eat and our ability to avoid Alzheimer’s later in life. By embracing a healthy “brain” diet, we increase our chance of enjoying the benefits of good health as we age.

US Family Health Plan – a TRICARE Prime health program -- wants all of our members to establish foundation of brain health that will support them throughout their entire life. So today, we are sharing the top 7 foods that researchers have shown to demonstrably lower risk the of dementia or Alzheimer’s.

So as we like to say at US Family Health Plan – build up your defense arsenal for the brain by eating a diet that includes these power foods every day.  And it doesn’t hurt to add a good dose of healthy veggies into the mix as well.  If you start to experience the early symptoms of Alzheimer’s, schedule an appointment with your doctor right away.  Eating is never a substitute for good medical treatment.  But it eating well can help in the battle to avert a diagnosis of dementia, then make sure you maintain a healthy diet throughout your life.